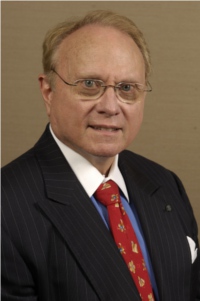 Dr. Foster was born and raised in West Virginia, received his Bachelor of Science Degree in Chemistry at Duke University, with Distinction and Phi Beta Kappa in 1965, and received his Doctor of Medicine Degree at Duke University Medical Center, in 1969, being elected to Alpha Omega Alpha. He trained in Internal Medicine at Duke University Hospital from 1969-1970, and at the National Heart and Lung Institute, at the National Institutes of Health in Bethesda, Maryland, from 1970 to 1972, during which time he also taught Internal Medicine, with an appointment as Instructor in Medicine at the George Washington University Hospital in Washington, DC. In 1972, Dr. Foster entered his Ophthalmology Residency training program at Washington University (Barnes Hospital), in St. Louis, Missouri, and having completed that in 1975, traveled to Boston to do two additional Fellowship trainings in Cornea and External Diseases, and in Ocular Immunology. He completed this training in 1977 and was invited to join the full-time faculty of the Department of Ophthalmology of Harvard Medical School, where he was a member of the Cornea Service and Director of the Residency Training Program at the Massachusetts Eye and Ear Infirmary. He began his independent research in 1977 and has since been continuously funded by grants from the National Institutes of Health.

After 30 years on the full time faculty of Massachusetts Eye and Ear Infirmary, he established his own private practice – The Massachusetts Eye Research and Surgery Institution, a state of the art 12,000 square foot practice with its own chemotherapy infusion suite and phlebotomy lab. Dr. Foster continues to direct a research laboratory at the Massachusetts Eye Research and Surgery Institution (MERSI), through the support of his research foundation, the Ocular Immunology and Uveitis Foundation, and continues his teaching activities and training fellows as a Clinical Professor of Ophthalmology at Harvard Medical School. He has also authored over 600 published papers and 5 textbooks. 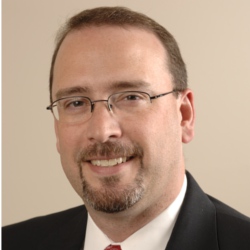 Scott Evans is Chief Operating Officer for Massachusetts Eye Research and Surgery Institution (MERSI), located in Cambridge, MA, where he has been employed since 2005. Mr. Evans has worked in health care practice management positions for over nineteen years with a focus on business development, operational efficiency and customer service.
Mr. Evans holds a Bachelor of Science degree from the University of Massachusetts and a Master of Business Administration degree from Framingham State University. Mr. Evans has served on the Board of Directors of the Ocular Immunology and Uveitis Foundation (OIUF) since 2007 and has filled the role of Treasurer and Chairman of the Strategic Planning Committee. In addition to his work with OIUF, Mr. Evans has contributed his time and effort to The Massachusetts 9/11 Fund, Relay for Life, and several organizations supporting Massachusetts public schools. 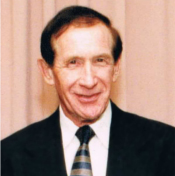 Mr. Hersum is chairman & CEO of Marketing Assistance, Inc. and its subsidiary, Advertising Associated International. A resident of Weston, Massachusetts, he was formerly Director of Advertising & Public Relations for Transition Electronic Corporation and subsidiary companies. Mr. Hersum holds a BS degree from Northeastern University and attended Brown University for graduate studies. He served as an officer in the United States Army. In addition to being a Director of OIUF, he is a Director of the Massachusetts Brain Injury Association and The Marcus Foundation. 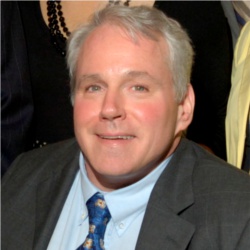 Quadrepalegic as the result of a car accident in 1982, Gregory Hughes graduated from the University of CT in 1988 with a Bachelor’s Degree in Political Science. He worked for the IRS as an office auditor in Hartford for 10 years. In addition to being on OIUF’s Board since 2008, Hughes was on the Board of Directors for Independence Unlimited, an advocacy group for people with disabilities, for 5 years. He is currently the chairperson for the New England Chapter of the Christopher Reeve Foundation. Hughes is the owner of two restaurants, one in Glastonbury CT and one in New York City. 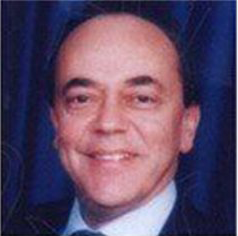 Dr. Jamil Kabbara has extensive experience in medical and environmental issues; health economy, hospital and health care consulting and in the business side of medical research and development.

An ophthalmologist by training, with a PhD in Financial Management and Strategy in Health from Paris Sorbonne and Harvard University, Kabbara holds several positions in cutting edge research funds and foundations. He has worked as a Medical Advisor for the French and the Saudi Arabian Ministries of Health, and as a Scientific Advisor for Medical Science Partners, Harvard Medical School.

In addition to serving on OIUF’s Board since 2006, For over two decades, Kabbara has generously channeled his medical knowledge and business acumen into humanitarian work. Projects include the restoration of a historic school for orphans and a 16th century soup kitchen in Damascus serving 1000 families a week.

Kabbara is currently the health consultant of the Board of the Syrian Arab Red Crescent Organization. In this capacity he has been active in a range of projects from the campaign to clean up the Barada River to the establishment of dispensaries and health centers in Syria. 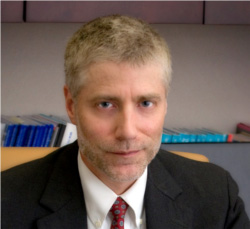 Peter Andreas Netland, MD, PhD completed his undergraduate education at Princeton University, his medical degree at the University of California, San Francisco, and his PhD degree at Harvard University. Following a surgical internship at the UCSF, he undertook his residency in ophthalmology at the Massachusetts Eye and Ear Infirmary, and a clinical fellowship in glaucoma at the Massachusetts Eye and Ear Infirmary, Harvard Medical School. His research interests have focused primarily on pharmacologic effects and surgical techniques in glaucoma, and he is an active clinician caring for glaucoma patients. 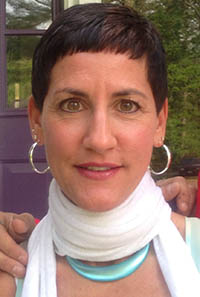 Andrea Patisteas became involved with OIUF after her daughter Mia was diagnosed with uveitis in December, 2010 at the age of 12. Andrea is the mother of three children Benjamin, Samuel, and Mia, and is an adoptive “parent” to Lewis, a 62 year old man with Down Syndrome. Andrea is a Senior Executive Vice President at STD Med, Inc, a medical deivice company in Stoughton, MA. She resides in Rochester, MA with her children and husband Tony Resendes. 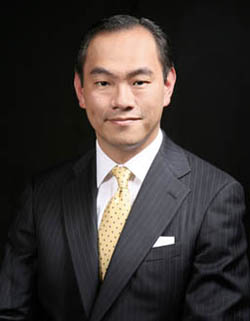 David Shu-Chih Chu, MD is Founder and Director of Metropolitan Eye Research and Surgery Institute of New York and New Jersey. He is also Associate Professor of Clinical Ophthalmology at the Institute of Ophthalmology and Visual Science, New Jersey Medical School of Rutgers University, in Newark, New Jersey. Dr. Chu received his medical degree from New York University School of Medicine in 1995. He finished his internship at St. Vincent’s Hospital and Medical Center in New York City. He completed residency in ophthalmology at New York Medical College before serving a fellowship in ocular immunology and uveitis at the Massachusetts Eye and Ear Infirmary of Harvard Medical School. He serves as Medical Director of Lions Eye Bank of New Jersey and Eversight International, an eyebanking network. Dr. Chu currently serves on the editorial board of Survey of Ophthalmology. He also serves on the board of Ocular Immunology and Uveitis Foundation (OIUF). He is the current President of Foster Ocular Immunology Society. He is also a team ophthalmologist for the New York Jets. 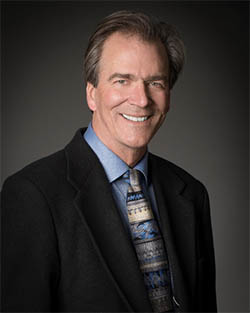 Dr. Albert T. Vitale is a Clinical Professor of Ophthalmology and Visual Sciences, Member of the Vitreoretinal Division, and Director of the Uveitis Division at the John A. Moran Eye Center at the University of Utah in Salt Lake City, Utah. Prior to coming to the University of Utah, Dr. Vitale served as Chief of the Uveitis Division and Senior Consultant Ophthalmologist in the Vitreoretinal Division at the King Khaled Eye Specialist Hospital in Saudi Arabia where he established the first uveitis service at this institution. 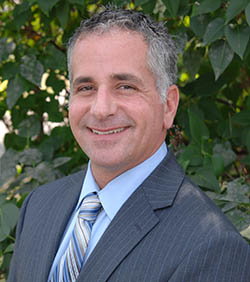 Since 1993, Michael has been helping clients accumulate, preserve, protect and distribute wealth in the most tax advantageous manner. His work includes comprehensive financial, investment, estate and business succession planning. His clients are successful business owners, retirees, pre-retirees, widows/widowers and professionals. Clients choose to work with Michael because of the creative ideas he brings to the table, because he coordinates with their other advisors (attorneys and CPAs) and because he acts as their catalyst to get things done.

Mike has earned the CERTIFIED FINANCIAL PLANNER™ certification. His other credentials include a Bachelor’s degree in Business Administration from the University of Michigan and a Master’s degree in Business Administration from University of Notre Dame, as well as various securities and insurance licenses. He is a member of the President’s Cabinet and Sagemark Consulting Private Wealth Services Group of Lincoln Financial Advisors.

Mike is a speaker/presenter/author/educator for various groups, associations and corporations.

Active in the community, Mike serves or has served as a board member of Yatooma’s Foundation For The Kids, University of Michigan Alumni Assoc., Notre Dame Alumni Assoc., and Sigma Alpha Epsilon Alumni Assoc. He is an advisor to the Ocular Immunology and Uveitis Foundation and member of the Personal Financial Planning Task Force of the Michigan Association of CPAs. For years he has volunteered as a Little League baseball coach. He’s a bit of a car guy and his other interests include fitness, exercise and nutrition, golf and hockey.

Mike is married to Renee, who runs a successful residential real estate business, and they live in Birmingham, MI with their children Alexander, Raquel and Jenna.  Michael’s daughter Raquel,  has been a patient of Dr. Foster since 2004.  They’ve traveled to Boston regularly each year for his care and expertise.  He is glad to be able to assist the foundation as a board member.